Valora successfully concluded 2019 above guidance and is further expanding its foodvenience business.

Vegan hot dogs and pretzels – vegetarian sandwiches and salads: Valora formats are expanding their range of meat-free and plant-based products. For the climate. And for the changing eating habits of their customers.

Since 1 January, over a million people all over the world have again been abstaining from animal products. Voluntarily. For the whole month. “Veganuary” (from vegan and January) is the name of this campaign, in which three Valora formats are participating this year: avec, Brezelkönig and Caffè Spettacolo are contributing financial support. They are promoting vegan products and even launching their own new items.

Their participation in Veganuary is no coincidence. Valora takes climate protection seriously and has defined specific measures in its sustainability strategy: reduce food waste. Make efficient use of energy. Promote environmentally friendly products – including through an “attractive vegan and vegetarian selection”.

Background: animal farming is resource-intensive and causes considerably more greenhouse gas emissions than cultivating plant-based foods. According to WWF Switzerland, switching to a vegetarian diet can reduce the ecological footprint by one quarter, going up to 40% for a vegan diet.

Vegan and vegetarian options in all Valora formats

The Valora formats have adapted their range in recent years to boost consumption of vegan and vegetarian products. Most of the offering at Caffè Spettacolo is now vegetarian and some of the croissants and focaccias are vegan. avec focuses mainly on snacks and fresh produce, such as the local “schnägg” range. The unfilled pretzels from Brezelkönig and Ditsch are vegan and complemented by a generous vegetarian offering. Brezelkönig is also experimenting with vegan meat substitutes.

In 2016, BackWerk Germany won the Progress Award from animal rights organisation PETA for its selection and it was among the highest in the vegan ranking of bakery chains conducted by the Albert Schweitzer Foundation in 2019.

Valora’s adjustment of its range has another aim besides climate protection: to cater for changing eating habits. Vegans and vegetarians only account for a small proportion of the population. In Germany, the organisation ProVeg estimates 1-2% of the population are vegan and 10% vegetarian.

Nonetheless, the Valora formats feel that a growing number of customers wish to consume less meat. This applies particularly to younger, urban consumers, often due to increased nutritional and environmental awareness. Then there are the flexitarians, who only indulge in meat on special occasions.

Meatless is evolving from a niche into a mass market

Flexitarian, vegetarian, vegan: meatless is evolving from a niche into a mass market. This is due in no small measure to plant-based meat substitutes. Once seen as something of a joke, they are now almost indistinguishable from real meat in terms of taste, smell and texture. Market research firms, Polaris for example, predict double-digit growth for meat substitute products over the next few years. The misgivings of many consumers, reinforced by COVID-19, about industrially produced meat may reinforce this trend.

It is therefore no wonder that Valora food developers are experimenting intensively with meat from the laboratory. Brezelkönig recently created a hot dog with a vegan sausage made by British company Moving Mountain. The chicken imitation Planted Chicken by Zurich start-up Planted has proved a resounding success with the spicy curry baguette that is popular well beyond the vegan scene.

Winning confirmed meat eaters over to vegan and vegetarian options

That is how Valora understands an “attractive selection of vegan and vegetarian products”: innovative and tasty creations that appeal to a broad cross-section of the public. There’s even something for the ardent meat eaters. Does the focaccia at Caffè Spettacolo have a salami or antipasti filling? Who cares, as long as it tastes good. Valora does no patronise customers, but piques their interest and encourages them to identify with climate protection. 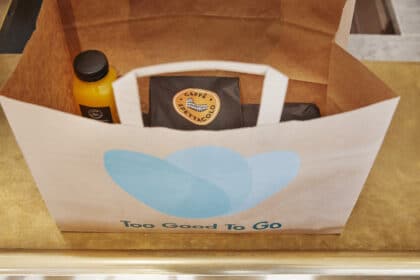 Together against food waste

As one of the leading providers of foodvenience, Valora is aware of the topic of food waste. That is why it has expanded its collaboration…

Together against food waste

The Germans snack consciously - with enjoyment

The Germans love good snacks and are prepared to pay good money for them. The business is booming. As Germany's biggest food service bakery, BackWerk…

The Germans snack consciously - with enjoyment

Caffè Spettacolo: Do some good by drinking coffee!

Caffè Spettacolo has been supporting the ANEI coffee cooperative, representing several indigenous groups from the north of Colombia, since 2014. Their beans – organically grown…

Caffè Spettacolo: Do some good by drinking coffee!
Share