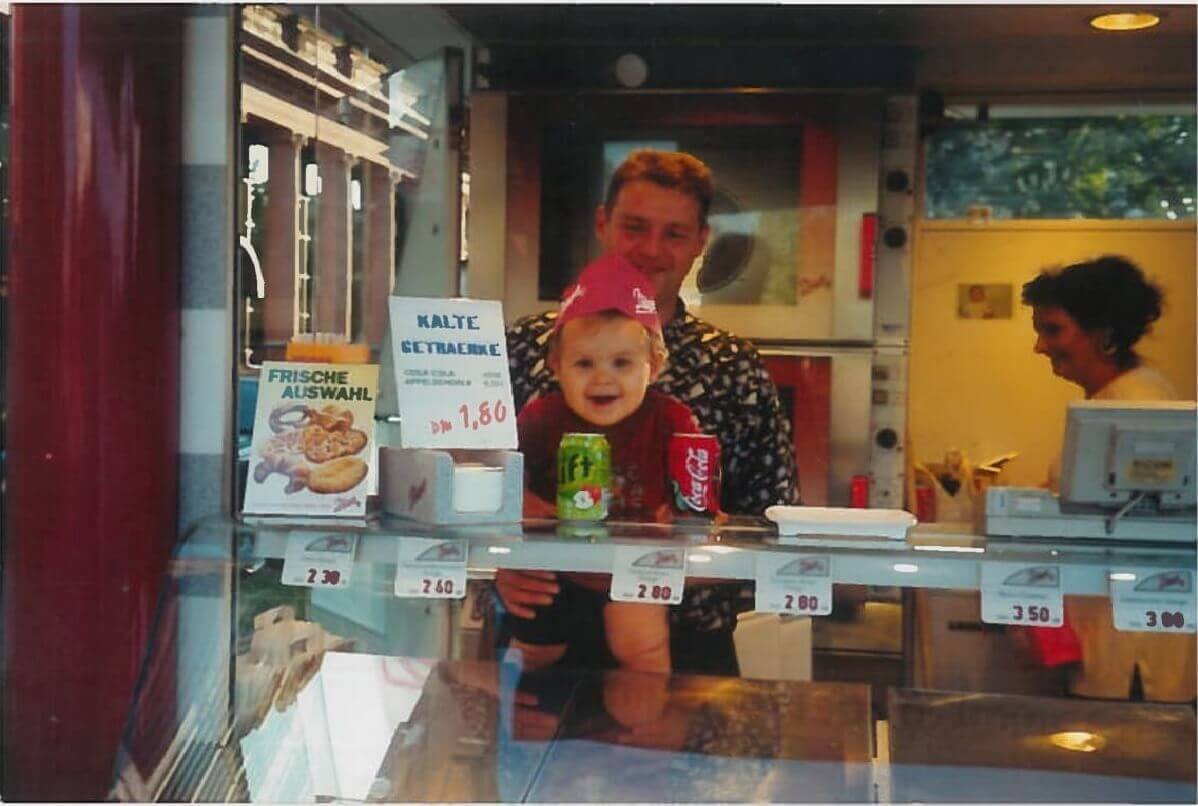 The Valora HR managers know: Satisfied employees are loyal to their employer. This is why the company constantly invests in good working conditions and development opportunities for the employees and why the Values of the Valora Group should be actively embraced by all affiliated companies. This commitment enables the company to retain its employees over the long term and sometimes even attract family members as workers, as shown by the example of the Christnacht family, who has been working for Ditsch for three generations.

Marion Elisabeth Christnacht laid the foundation for this career when she gave up her profession as a hairdresser in 1978 and started working as a salesperson for the Ditsch store «Quelle» in Mainz.

She immediately earned a great deal of trust, and was already transferred to the first store outside Mainz in 1980. She stayed with this store in Darmstadt until 1985, during which time Peter Ditsch drove her to work and back every day with the boot of his car always full of fresh pretzels.

From branch manager to commercial consultant

Through Marion, her son Thomas came into contact with the pretzel bakery at a young age. At the age of 14 he started to help out his mother in the shop. In 1999, he made his commitment official by signing the employment contract. By coincidence, Thomas then met a sales force employee of Ditsch who, after a short conversation, offered him a position as agency partner in the shop at Wiesbaden main station.

Thomas managed the shop from its opening until 2003 together with Nicole Christnacht. Then, until 2010, they managed the shop in the Römerpassage in Mainz. Thomas worked at the same time as a stand-in to help out in any shops that were short-handed. In this role he became skilled at convincing not only the customers at a trade fair, but also the commercial managers, which led to a permanent position as commercial consultant in the sales force. He still holds this position.

With Ditsch from childhood

His daughter Sophie has also been involved with the company since childhood. She gained her first experience as a Ditsch employee during a student internship at the company’s headquarters. She also accompanied her father to the Sial trade fair in Paris during a voluntary internship. Having finished her commercial employee training in office management, she joined Ditsch on 1 January 2018, continuing this family tradition into the third generation.

Sophie Christnacht explains her decision by saying: «I find it great to work for a company to which both my father and my grandmother were committed.»